According to the Buddhist teachings, all beings possess at their core a deeply loving, tender heart. This innately caring and compassionate heart, known in Tibetan as tsewa. In this seminar Rinpoche will show ways in which we can further develop our own tender openness of heart, which we can express to ourselves and our fellow human beings. He will help us become better acquainted with the experience of tsewa and teach us how the entire path to enlightenment begins and ends with our own warm heart.

>> Click on „EN“ at the top right of the registration page for the English registration. <<

Dzigar Kontrul Rinpoche is a tibetan buddhist teacher and author

Dzigar Kongtrul Rinpoche (b.1964) — the present Dzigar Kongtrul, Jigme Namgyel was born in Northern India, shortly before the Tibetan community settlement at Bir was established by his father, the third Neten Chokling Rinpoche. When Rinpoche was just nine years old, his father passed away. Soon after this His Holiness Dilgo Khyentse Rinpoche recognized him as an emanation of Jamgön Kongtrul the Great and His Holiness the 16th Karmapa confirmed this. He was soon enthroned at Chokling Gompa in Bir.

Dzigar Kongtrul Rinpoche moved to the United States in 1989 with his family and began a five-year tenure as a professor of Buddhist philosophy at Naropa University (then Institute) in 1990. Not long after arriving in the United States, he founded Mangala Shri Bhuti, an organization dedicated to furthering the practice of the Longchen Nyingtik lineage. He established a mountain retreat centre, Longchen Jigme Samten Ling, in southern Colorado, where he spends much of his time in retreat and guides students in long-term retreat practice.

Kongtrul Rinpoche’s root teacher was Dilgo Khyentsé Rinpoche, and he also studied extensively with Tulku Urgyen Rinpoche, Nyoshul Khen Rinpoche and the great scholar-yogin Khenpo Rinchen. His students include Pema Chödrön, the best-selling buddhist author, and his wife, Elizabeth Mattis-Namgyel. He is also an avid painter in the abstract expressionist tradition.

Tsewa is also the subject of Dzigar Kongtrul Rinpoche’s new book „Training in Tenderness“. We hope that Rinpoche will offer a book signing.

„Dzigar Kongtrul Rinpoche is one of the most highly qualified people I know. . . . I am hopeful that Rinpoche’s new book will help many of us get to know and make the best of our own warmth of heart. May Training in Tenderness help to heal the anxiety and polarization of our world!“ —Pema Chödrön, author of When Things Fall Apart 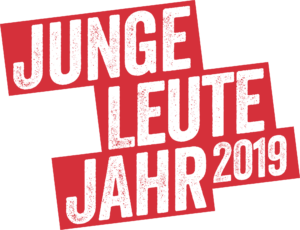 >> Click on „EN“ at the top right of the registration page for the English registration. <<